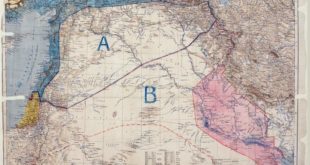 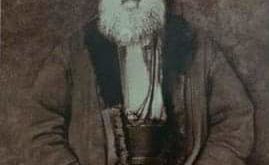 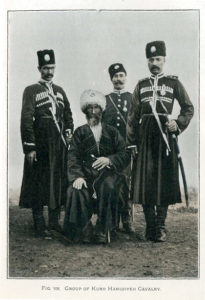 After Sheikh Ubeydullah’s downfall, Kurdish insurrections lessened in occurrence and were only limited to local outbreaks. The cost of rebellion had become too high for many residents, and few leaders emerged to expand the tensions with the government beyond local issues. Certain groups resorted to brigandry and resistance against the government, and caused harsh retaliation upon them. One such example was the Hamewand tribe that lives around Chamchamal, many of whom were deported to Ottoman Libya and Adana in 1889. Interestingly, even among those deported to Libya, they gradually made their way back to their ancestral homes over the next 10 years.

The Ottoman Empire however still struggled to find a substitute for the emirates they had disbanded to integrate the Kurds more effectively into the increasingly more unitary Empire. The Emirates, while not completely under the control of the Ottomans, at least afforded a degree of stability that the Ottomans could not achieve otherwise in its current, more unitary style of governance.

One solution was one that would be repeated for many decades afterwards, and had already been done before- co-opting Kurdish notables to help them in administrating the realm. The Ottoman Sultan at the time, Abdul Hamid II, ruled at a time when the Ottoman Empire was in deep decline, and further cemented its reputation as the “Sick Man of Europe” as it began to collapse from the Balkans and suffered internal insurrections. Abdul Hamid II sought a different approach with the ever troublesome Kurdish tribes by finding a way to incorporate them as partners rather than ruling over them.

Kurdish lords, encouraged by ties of a common religion, received important positions in the new order and indeed some were related to previous rebel leaders. Kendal Nezan provides several such examples in his contribution to “A People without a Country” on page 25- a son of Badirkhan, Bahri Bey, found himself as an assistant to the Sultan. Abdul Qadir, Ubeydullah’s son, was President of the Ottoman Senate in 1908 and later on the Ottoman Council of State (the ministries). Even the descendants of the Baban Emirate found ways to be accepted in the new order.

However, not all Kurds could feasibly be incorporated into the ruling structure without obviously upsetting the dominance that the government had over the region. Moreover, what could be done about the numerous smaller lords and notables? This issue was important for the Ottoman Empire to resolve as it was interwoven with their own grasp on their frontier regions.

The answer to this dilemma emerged from the the Ottoman Empire’s erstwhile enemies, the Russians. The Russian Empire, much like the Ottoman Empire, was filled with many ethnic and religious groups, and administration was (mostly) through a Russian-centric bureaucracy, much like the Turkish-centric one in the Ottoman Empire. For a long time the Russians had employed the Cossack Calvary units to help it keep order in its frontier regions along the Caucasus and Central Asia, granting them a great deal of autonomy in exchange for maintaining the Russian Empire’s territorial claims along the Ottoman border. The Ottoman Empire saw the need for a similar unit along its Russian border where Armenian rebellions were becoming more and more frequent, and so they sent off an edict in November 1890 announcing the formation of these special cavalry units. Taking their name from Abdul Hamid, the cavalry were known as the Hamidiye.

The Hamidiye drew people from various backgrounds in the Ottoman Empire, but it was distinguished by being one of the first organized Kurdish units within the Ottoman Empire. Kurds had served in the Ottoman military long before- they are known to have been deployed against Albanian insurrections in the 1800s and with other disturbances in the Balkans before that. The importance of the Hamidiye were that they were commanded and organized by Kurdish notables along tribal and family lines, and this meant by extension that for the first time Kurds were exposed to military tactics and protocol that they were not accustomed to. The exposure to these from their education played a role in fermenting Kurdish identity later down the road.

The Ottoman Empire used the Hamidiye in different occupations, but it was in the eastern parts of the Empire they got recognition internationally. As you might already guess though, this reputation was hardly desirable, and much like previous coverage of Kurdish issues at the time. Some examples follow:

The events take place in the 1890s, where the first major conflict between Armenian fighters (Dashnaks) and the Ottoman Empire took place, culminating in killings of thousands of civilians that foreshadowed the genocide that would take place 20 years later. The Hamidiye were utilized here, being the major force in the region, to fight against Armenian fighters who were believed to be supported by the Russian Empire. Here the Hamidiye showed another source of value to the Ottoman Empire- plausible deniability. As it had done before, the Ottoman authorities could blame these disturbances on local “brigands” rather than any policy of its own and distance itself from more unsavory policies.

The focus of the Hamidiye in this capacity ignores what other ways it affected Kurdish people. As I mentioned before, the exposure of Kurds to a more organized military structure and the education along with that played a major role in exposing a generation of Kurds to the liberal values and nationalism. Of course there were others who simply utilized this position for their own benefit, and indeed continued to benefit from a treacherous relationship with the later Republic in Ankara. At the same time though, there were others that would take their training to create a basis to Kurdish rebellions in the collapse of the Ottoman Empire and onwards.

This being said, on the whole the Hamidiye were more or less following the whims of the Ottoman authorities, having been deployed not only to put down Armenian insurrections, but disturbances that occurred in Southern Kurdistan (modern day northern Iraq) as well as among the Kurds of Dersim and Arab tribes. The loyalty to their family and tribal units were matched only by their devotion to the Sultan due to his standing as the Caliph, which would have the consequence of hampering Kurdish identity from within the Empire. As such, the passionate calls for Kurdish self-determination often came from intellectuals either attempting to pursue reform from within the Ottoman administration, or those who had gone into exile such as the Badirkhans. 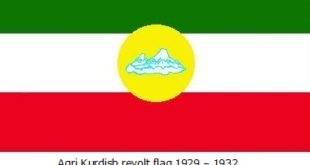