A famous musician of Kurd (Ziryab). 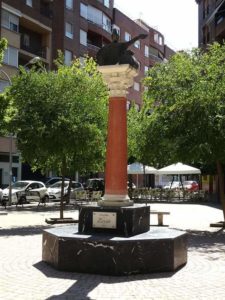 -its his sclupture from the Cordoba of Spain in the bottom up there are a bird, an oud and a bag which describe the oud of Zriab, the bird means his surname blackbird{Ziryab} and the bag means his other works, in the top down of the sclupture written his surname.

Previous Salah Ad-Din Al-Ayyubi (Saladin): hero of the battle of Hattin and liberator of Jerusalem from the Crusaders, 532-589 A.H. 1137-1193 C.E.
Next Martin van Bruinessen Utrecht University Traces of Kurdish influence in Indonesia