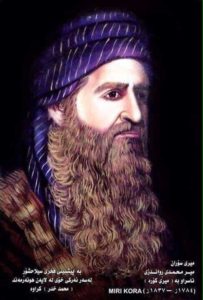 Mir Muhammad or Emir Muhammad or Mir Muhammad Rawandizi or Muhammed Pasha (b. 1783 in Rawandiz – d. 1838 in the hakkari region) was the last and greatest ruler of Soran emirate. Mir Muhammad was the son of emir of Soran Mustafa Beg. He was born in the late 18th century. He took lessons from private tutors and received good training. He has held various positions in the Soran Kingdom. He became the ruler of Soran in 1813 and ruled up until 1838. In a short time, the surrounding emirates also joined the emirate. He took the money in his name and read the sermon. It acted with the aim of an independent state. The Ottoman Empire feared the strength of the emir. With all his might he attacked Mir. In 1837, the Ottoman army invaded the soran territory . The Ottomans also cooperated with Kurdish tribal lords in the region,in this regard and received assistance from Britain. The Ottomans dispersed the emir in 1837. The Ottomans invited Mir to Istanbul for reconciliation. But not keeping their promises, they assassinated him in hakkari on his way back or may have been drowned him in the Black Sea .

Biography of mir Muhammed rewanduz pasha:
Mîr Muhemmed was from the Rewanduzî tribe who belonged to the hazabi(hadhabani). Hezbani were a large medieval Kurdish tribe in geographical Kurdistan region and Azerbaijan and the South Caucasus.

In 1812 he started an expansion and unifying surrounding Kurdish emirates. His goal is the. The largest Kurdish kingdom since the fall of zand kingdom.the soran emirate reached it’s peak in 1836 ruling over major cities of rewanduz as it’s capital to Kirkuk , from Mosul to Mardin, Ranya, Cizre Botan, Acre, Erbil, Koysencaq, hakkari,amedi duhok,kifri ,hasankayf,batman,nusaybin,Mahabad,botan. The Ottomans lost almost complete rule over Kurdish regions.

Unifying & submitting emirates around him:
In a short period of time 1813-1822, Mir Muhammad formed the Union of the Most Kurdish emirs with mîr bedirxan beg ruler of botan emirate and mir nur-allah ruler of hakkari emirate submitting to his rule , organizing the kingdom . Builds weapons production workshops and builds top-guns. It was very important that the Kurds build their own cannons and rifles, not buy from anyone. Prints money in your name.

Prince Mohammed wanted to do what was necessary for an independent state. Plans are being made to draft tax laws, open hundreds of new schools and madrassas, strengthen tribal ties and, if possible, unify Kurdistan’s emirates, and bring European techniques to Kurdistan.

Prince Muhammad fights not only against those who were against him like the Ottomans , but also against those Kurdish emirs who wouldn’t submit to his rule. The soran army under mir murad command with the help of it’s major vassal hakkari emirate defeated the qajar army in the shikak region in 1825 in eastern Kurdistan. The fear of Mir Muhammad enters the heart of the Shah of Iran as well. Qajar promised him to withdraw slowly from all of urmia , but it will take some time.

War against yazidis & kurdish tribes:
Baghdad’s Ottoman governor, Ali Reza Pasha, knew it was impossible for him to defeat the soran emirate in a direct fight then he thought about a plan to overthrow neighboring Kurdish emirates who were vassals of soran against Mir Muhammad, but to no avail. People say he is jealous, jealous. It wants the Emirate of Soran itself under the control of “infidels”.
The Ottomans, Mir Muhammad’s family, are also his enemies. The Ottomans also wanted to exploit the problems of soran minority’s and other none Muslim religion who had to pay taxes mainly Yazidis & Christians . Looking for provocations. The Mizuri chief is assassinated by the Yazidis. At that time there was a friendship between the Mizuri tribe and Mir Muhammad. The Ottomans put their hands into it and read this friendship. They want to release the Prince from the Yazidis in order to weaken him. they do succeed. The fratricidal war is raging.in 1831 – 1832 the soran emirate with the command of rash agha they restored the power of sinjar region and sheikhan and killing yazidi rebbel leader ali beg ,it ended up with a disaster to yazidis and over 500 yazidi villages were burned and looted thousands got massacred and over tens of thousands got enslaved or forced to convert to Islam . Finance Minister Evdilah, with the help of the Ottomans, wants to poison Mir Muhammad. His uncle Temur Axa and his cousins wanted to kidnap him and hand him over to the Ottomans. But Mir Muhammad resisted, going to war with them. Two of his uncles were killed in the fratricidal war. Mir Muhammad’s brothers had promised the Ottomans that if they surrendered, the Ottomans would recognize them as princes, not pay taxes for 10 years, and give them a lot of money and rewards. The Ottomans also sought the help of the British, and some British officials sought to assassinate Mir because they were dissatisfied with soran emirate expansion . A British doctor is involved in this provocation. The tribal leader which were promised by the Ottomans that they will gain power if they help them overthrow emir Muhammed succeeded, . The unity of the Kurdish princes that Prince Muhammad had partially destroyed. But the Ottomans and the qajars could not reconcile with Prince Muhammad.

The Ottomans in 1837-1838 tried a second plan, their classic tactic. That is the way of diplomacy and deception. The envoys were sent to confirm the demands of Prince Muhammad and to invite him to the palace of the Ottoman pashas in Istanbul. The prince agrees and takes measures. At his request, a special armed force arrived in Istanbul.

The Ottomans greet him with ceremonies, honoring him. The sign “beylerbeyi – begêbegan” gives him all his wishes.

The Ottomans asked him to travel by sea to Trapezon and from there to Kurdistan, to the city of Erzurum. Because Trapezon is close to Erzurum and after that it is Kurdistan itself, it is safe for Mir. The prince accepts this and falls on his head. But the Ottomans are preparing to assassinate him. The princes drowned. Some say he was not drowned but was killed on the ship.

The Ottomans officially say they have nothing to do with the assassination of Mir. They invited the Prince and accepted his wishes, there was no reason for them to kill the Prince. The Ottomans also made it clear that they had no information about the fate of Mir. The Kurds also believe this statement and the Prince is forgotten.

After the assassination or disappearance of the Ottomans, Mir Muhammad now has his brother Rasul Pasha on the throne. Who was forced to surrender most of the regions under his control to the Ottomans and submitted to ottoman rule and continued ruling erbil and rewanduz until 1851 But the Ottomans then, in 1851 were able to end soran emirate rule and took over rewanduz and erbil. 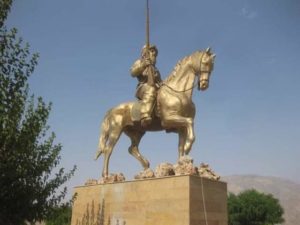 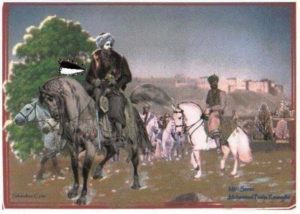 Emir Muhammed took over erbil in 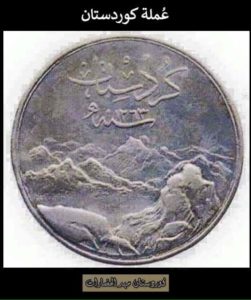 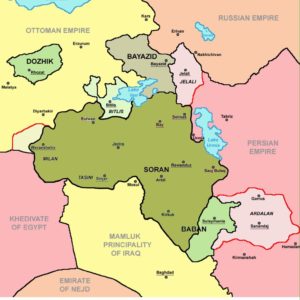