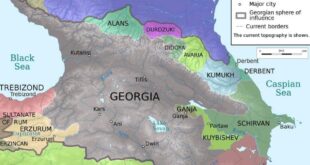 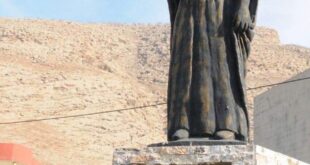 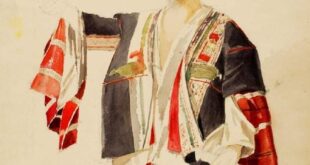 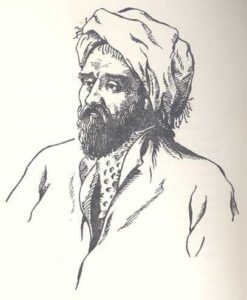 NALÎ (Pers. Nāli), the pen-name of Mela Khidrî Ehmedî Šaweysî Mikâʾîlî (b. Ḵāk o ḵol, 1797 or 1800; d. Istanbul, 1855 or 1856), Kurdish poet who contributed immensely to making Sorani the literary language of southern Kurdistan, that is, most of present-day Iraq and the neighboring districts in Iran (FIGURE 1). Little definite is known of his life. After studies in the madrasa he traveled widely in Kurdistan, living for longer or shorter periods in Sanandaj, Mahābād, and Ḥalabja, until finally settling about 1820 in Sulêmanî (Solaymāniya), the capital of the Kurdish principality of Bābān, where he lived for several years in the ḵānaqāh of Mawlānā Ḵāled Naqšbandi. About 1830 he made the pilgrimage to Mecca, and on his return he lived in Damascus for several years. Discouraged by worsening conditions at home, he moved to Istanbul, where he remained for the rest of his life. Here he came to know a number of Kurdish intellectuals and scholars, relationships that proved to be catalysts for his own creativity (Feyzî, pp. 26-27). Through his extensive travels and continuous studies he had by now acquired a solid knowledge of Arabic, Persian, and Turkish, which allowed him to draw on three rich literary traditions for his own work. His work, and his patriotic sentiments, were much affected, too, by the Ottoman government’s campaign to eliminate the autonomous Kurdish principalities as part of its plan to centralize and modernize the administration of the empire.

Nalî, together with his fellow poets from southern Kurdistan, Salim (1805-69) and Kurdî (1812-50), was the founder of cultivated poetry in the southern dialect of Sorani. Yet, Nalî has attracted more scholarly and critical attention than his colleagues, probably because he possessed a clearer idea of the poet’s crucial role in creating a literary language out of a dialect that had never before been written. All three poets had been steeped in the works of Arabic and Persian classical poets and had mastered various poetic forms, especially the ḡazal and the qaṣida. In Nalî’s divān published by Marif Kheznedar there are 111 ḡazals, 11 qaṣidas, and one quatrain. His models were Persian and Arabic, for he had no others. Sometimes a couplet or a line of his poem would be Arabic or Persian poetry, and his meters were those of traditional Persian poetry. He gave minute attention to form, often at the expense of melody, and his word-play is unequalled in Kurdish poetry (Hakim, p. 136). His ḡazals and qaṣidas were, in a sense, experiments, at least at the beginning, since they had not been in use up to then by Kurdish writers in the Bābān principality.

Nalî’s themes are diverse. He formed close relations with the princes of several Kurdish principalities, notably those of Ardalān in Persia and Bābān, and in a number of poems he sang of the heroic deeds of Kurdish defenders of their freedom and celebrated the richness of Kurdish culture. For example, in the qaṣida “Ta felek dewrei neda” (text and analysis in Mudarris and Abdulkarîm, pp. 370-74), he praised the Bābān princes for their achievements and the strength of their realm, and in “Tebʿî šekker bârî min” (idem, pp. 106-07) he wrote of the richness of his native language. But the themes of other poems were somber, as he lamented the destruction of Kurdish independence and the effective loss of his homeland as Ottoman governors replaced the native princes. Subtle religious themes characterized some poems, thereby reflecting the growing influence of mystical brotherhoods of the time. But Nalî himself never seems to have performed any religious functions, and in some of his work he reveals a thorough disdain for dervishes and the shaikhs of the Sufi orders. Love was also a powerful motif, as he wrote about a mysterious girl, Hebîbe (Ḥabiba), whom he had loved as a young man and who in time became a famous woman in Kurdish poetry second only to the legendary Zîn.

Nalî’s place in Kurdish literature is secure, because of his pioneering innovations in Kurdish poetry. He laid the foundations of what came to be called the Nalî school of poetry, by raising the dialect of Sulêmanî to the level of a literary language and by offering rules of composition that were to be followed by generations of his successors. 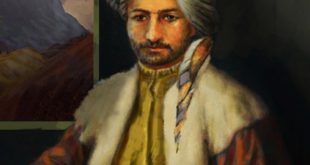