The Kurds – One Of The World’s Most Ancient Peoples

The Kurds – One Of The World’s Most Ancient Peoples.

Before the great city-states of ancient Sumer and Akkad people chose the caves and foothills of Kurdistan for their dwellings. Most history books have but a few references to the geographical region known as Kurdistan because it is not a geopolitical entity. However the people of this region that encompasses parts of modern Turkey, Iran, Iraq and Syria have a common history that dates back to the dawn of civilization. Today these people speak their own language and have a unique culture in spite of being at the crossroads of conquest since antiquity.

The Origin of the Name Kurd

What the ancient Kurds called themselves is a mystery. It is possible that the name Kurd may stem from the Sumerian word for mountain, KUR. Several ancient documents from Sumer may mention the Kurds but it is not until they are called the Guti in the decades following the collapse of Sargon’s Akkadian empire that we can say for certain that the mountain people of the Zagros have clearly entered history. The term Guti has itself been posited as an origin of the term Kurd which could be explained by the change of a few letters taking Guti to Gurt while essentially keeping the pronunciation the same. 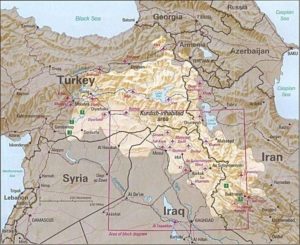 According to Kurdish tradition the modern Kurds can trace their origins back to the Mesolithic people of 11,000 years ago who first inhabited the region of Iraqi Kurdistan. These people left remains of walls built with field stones and traces of a thriving lithic industry that fashioned a variety of stone tools and awls made from bone. These early inhabitants wintered in thin walled mud-brick houses and made dietary staples out of the sheep and goats native to the region.

Here in the foothills of Northern Mesopotamia the ancient Kurds domesticated animals and developed their own mythology based on the forces of nature. Discoveries of fertility goddess statues have been found throughout the region where mountains and caves became sacred places. Many of these ancient sites, such as Sinjar Mountain in Iraq, still hold a spiritual significance for the regions modern inhabitants. In fact the modern Yazidi religion, practiced by over 500,000 people, embraces traditions that date back to the Bronze Age.

For thousands of years the people of prehistoric Kurdistan remained isolated from the burgeoning growth of southern Iraq. Then 8,000 years ago the Halaf and the Hassuna-Samarra cultures loosely united all of Mesopotamia. The people concentrated in the foothills of the Zagros Mountains that followed the Tigris River westward still remained somewhat removed from the urban expansion going on to the south. However, even with this isolation the region was a thoroughfare of trade between Anatolia, Mesopotamia and Iran as it had been since Paleolithic times.

So it was that for a few thousand years the ancient Kurds lived at the northern extreme of the Sumerian cultures influence. This changed when, around 2300 BCE, Sargon the Great conquered all the lands along the Tigris River at least as far north as the region of Nineveh, near modern day Mosul.

With the death of Sargon the people of Northern Mesopotamia who had been forcibly dragged into history where free again. In the region of Urkesh, at the base of the Taurus Mountains, the first traces of a people known as the Hurrians became evident. To the east in the foothills of the northern Zagros, dwelled the Lullubi people and to their south, near modern Hamadan in Iran, lived the Gutians. Together these tribal peoples were hostile to the Kings of Sumer and Akkad and they were able to cut Mesopotamia off from its sources of copper, tin and silver.

In an effort to restore this trade Sargon’s grandson, Naram-sin, campaigned extensively in Kurdistan. His main campaign against the Lullubi is commemorated by a rock sculpture at Daband-i-Gawr in Iran and on the famous stele found in Susa which portrays Naram-Sin wearing the horned crown of a god. The Kings of Akkad boasted of their conquests in the mountains where they enslaved the native peoples and put them to work in vast mining and timbering efforts.

Unlike the Hurrians and Lullubi the Guti were never fully conquered by Akkad. They were also not quick to adopt the cuneiform system of writing. By remaining mysterious they were seen by the Mesopotamian people as fearsome foreigners. Much to the horror of the ancient Sumerians, around 2100 BCE, the Guti invaded Sumer and Akkad.

According to the Sumerian King List the hordes of Gutium had twenty one kings but few left any inscriptions. Although the term horde implies a large force, the Guti in reality likely never numbered more than several thousand warriors. They were likely able to take advantage of the collapse of the political system in Sumer and Akkad which may have been brought on by an extended drought and famine. Without cooperation between the city-states the invaders plundered at will and occupied a few key cities such as Akkad and Nippur.

There is however evidence that at least one king of the Guti, Erridu-Pizir, fought against the Hurrians and Lullubi in Kurdistan in defense of the diminished Akkadian Empire. Meanwhile, in the far south of Iraq many of the city-states enjoyed total freedom with the lifting of the yoke of Akkad and the lack of significant Guti conquests south of Nippur. The freedom of the southern cities allowed the ensi of Uruk, one Utuhegal, to lead an army from southern Iraq against the “stinging serpent of the hills.” After an 80 year occupation the foreign Guti were driven out of Southern Mesopotamia and their king Tiriqan was captured.

Utu-Hegals success was short-lived and he was quickly followed as hegemon by the governor of Ur who was followed in turn to the throne by his son Shulgi. Once again with Shulgi a new monarch in the south strove to control the Zagros foothills. Over the four decades of his rule conquering the Hurrians and the Lullubi of Kurdistan would be Shulgis main objective continuing the pattern of conquest and re-conquest that would last for centuries.

The Kurds would become eventually become part of a series of empires that stretched across the region. First came the Assyrians who battled with the Babylonians for control of Mesopotamia but each in turn also waged a war on the northern mountain folk. Then came the Medes, former subjects of the Assyrians who created a vast empire that ruled much of Kurdistan for over a century. The Medes were followed by the Achaeminid Persians who ultimately controlled the entire Kurdish region. Then after Alexander the Great’s conquests came the Seleucids for a few centuries. They were in turn followed by the Parthians who for a time split the Kurdish frontier with the Romans. The Parthians gave way to the Sassanid Persians who ruled for over four centuries until the Muslim conquest of the 7th century CE. Then came a succession of Caliphates which for a time united lands from Central Asia to West Africa.

The Caliphates rule over Kurdistan came to an end in the 13th century CE with the Mongol invasion in one of history’s most brutal conquests. Then a century and a half later the region was again invaded by the adventurer Tamerlane. Over the course of a few centuries, during the Middle Ages, the Turkish Empire would come to dominate most of Kurdistan with a resurgent Persia taking on the borders of modern day Iran and with it a portion of the Kurdish peoples. Finally, after the end of World War I and over half a millennium of Turkish rule, the people of Kurdistan found themselves at the intersection of four nations; Turkey and Persia/Iran together with the newly formed Syria and Iraq.

This separation of the Kurds brought along with it varied abuses by the different countries each of which sought to suppress any sense of Kurdish identity. The Kurdish language has often been restricted and until the recent collapse of Syrian authority in the Kurdish region Syrian Kurds could not even use Kurdish names.

Nevertheless the Kurdish people, their language and their culture do survive in the same region where they have lived for over 10,000 years. Truly one of history’s great survival stories. It is with some appropriate irony that the violent abuse of the Kurds by Saddam Hussein in Iraq led to a no-fly zone being established in 1991 over the north of that country. The no-fly zone made possible a nascent Kurdish independence which continued to grow with Western support. This independence has grown into near autonomy with the new post Saddam era status quo and was set on a slow and steady course until recent events changed everything.

Currently the Islamic State has claimed the entire Kurdish region (and much of three continents) and are waging a fierce war against the Kurds. The tragedy of the Yazidi minorities being trapped on Mt Sinjar was not presented in the context of who the Yazidi’s really are. They represent the most ancient of the Kurdish cultures and the mountain they fled to has been sacred to them for countless centuries. While much of Kurdish society has embraced a Western oriented secular viewpoint the Yazidi are truly a living link to our most remote past. 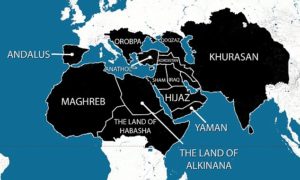 The Kurdish minority in Syria have to this day managed to defend themselves only with the help of the PKK and they are nearly cut off since Turkey closed the border. The PKK, or Kurdish Workers Party has been labeled as a terrorist organization but today they are busy protecting Kurds in Syria rather than fighting for independence in Turkey. Although the U.S. has taken credit the PKK is in a large part responsible for the rescue of thousands of Yazidis trapped on Mt. Sinjar. This cooperation between the PKK and Western powers is on the rise in the face of the threat from the Islamic State. Cooperation is also increasing amongst the various Kurdish factions in particular the PKK and the Iraqi Kurdish Regional Government headed by Masoud Barzani.

On the Iraqi side of the border there is now an increased interaction between the Kurdish Regional Government and Western countries who see it as a bulwark against the Islamic State. Now weapons are flowing directly to the Kurdish Peshmerga fighters. Should the fledgling state survive its conflict with the IS then the world will be as close as it has ever been to seeing a Kurdish nation. Even Turkey, long an opponent of Kurdish statehood, has agreed to that course should Iraq continue to fragment. What a story this would be for a people who have existed since the dawn of civilization to finally have a nation of their own.

Yet having a nation state seems to be a secondary thought to my friend in Qamishli Kurdistan Kawa Resid. He is just concerned for his children’s safety and he is happy his uncle and cousins returned safe from the fighting at Sinjar. I remember when a few years ago he told me he had to go buy an AK-47 for $1,500 so he could defend his hometown and now the situation is much more dire. He also told me once that home to the Kurdish people was the mountains in which they lived regardless of any lines on a map. Perhaps then it is the mountains that explain both the name and the stone like resilience of these ancient people.

Previous Saladin Ayubi
Next The Legacy of Ur-Nammu 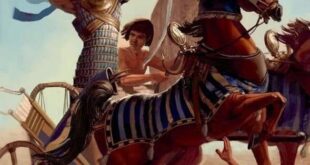