History of the Kurds 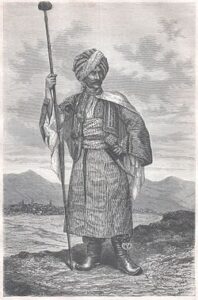 Kurdish people, , Gelê Kurd), are an Iranian[1][2][3] ethnic group in the Middle East. They have historically inhabited the mountainous areas to the south of Lake Van and Lake Urmia, a geographical area collectively referred to as Kurdistan. Most Kurds speak Northern Kurdish (Kurmanji) or Sorani, which both belong to the Kurdish languages.

There are various hypotheses as to predecessor populations of the Kurds, such as the Carduchoi of Classical Antiquity. The earliest known Kurdish dynasties under Islamic rule (10th to 12th centuries) are the Hasanwayhids, the Marwanids, the Rawadids, the Shaddadids, followed by the Ayyubid dynasty founded by Saladin. The Battle of Chaldiran of 1514 is an important turning point in Kurdish history, marking the alliance of Kurds with the Ottomans. The Sharafnameh of 1597 is the first account of Kurdish history. Kurdish history in the 20th century is marked by a rising sense of Kurdish nationhood focused on the goal of an independent Kurdistan as scheduled by the Treaty of Sèvres in 1920. Partial autonomy was reached by Kurdistan Uyezd (1923–1926) and by Iraqi Kurdistan (since 1991), while notably in Turkish Kurdistan, an armed conflict between the Kurdish insurgent groups and Turkish Armed Forces was ongoing from 1984 to 1999, and the region continues to be unstable with renewed violence flaring up in the 2000s