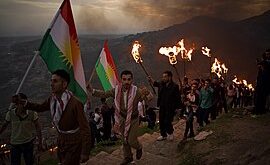 Newroz as celebrated by Kurds 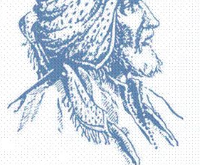 Kurds are an ethnic group mainly inhabiting West Asia. They live in the north of the Middle East along the Zagros Mountains and the Taurus Mountains in the region that the Kurds call Greater Kurdistan. Today they are parts of north-eastern Iraq, north-west of Iran and North East of Syria and southeast Turkey.

Previous Newroz as celebrated by Kurds
Next The Great Mosque of Khurmal, a national treasure